Many women and couples will wish to have a family. Some will find that there is a delay in becoming pregnant, others that pregnancies occur but are lost early. In some cases, both of these distressing outcomes occur. This information sheet provides information for couples who are experiencing problems, either in having a first child, or in have more children.

What is Normal Fertility?

Fertility is often discussed as ‘fecundity’ – the chance of becoming pregnant each month. When the woman is young and there are no fertility problems, the chance of becoming pregnant with intercourse during the fertile period (see below) is somewhere between one in four (25%) and one in five (20%). It is important to remember that miscarriage (loss of an early pregnancy) can affect as many as one in four pregnancies.

For women who are in their twenties or early thirties, and who have no known health problem that might delay becoming pregnant (such as endometriosis, or problems with the fallopian tubes), it can take up to a year of regular intercourse to become pregnant.

For this reason, you may be referred to a specialist gynaecologist for a consultation if you have been trying for a year and pregnancy has not occurred. A referral may be made earlier if health problems that reduce the chance of pregnancy are known or suspected.

Although it is normal for women in their late thirties or early forties to have less chance of pregnancy each month, there is much less time for tests and treatment, should it be required. For this reason, even brief fertility delays for women in these age groups should prompt earlier referral for assessment.

What are the Causes of Fertility Delays?

Becoming pregnant and carrying a baby require a complex set of interactions in the body.
The male partner must be able to provide adequate numbers of normal sperm into the woman’s reproductive tract at the fertile time. The woman must release an egg, and the egg must travel into a health fallopian tube. Conception occurs in the fallopian tube, and the fertilized embryo is released into the cavity of the uterus on about the fifth day after the egg has been released. The shape of the uterus must be relatively normal, and the lining of the uterus (the endometrium) must be healthy and receptive to pregnancy. The woman must generally be healthy, with an immune system, hormonal environment, and blood clotting that function normally. Problems in any of these areas can cause delays in becoming and carrying a pregnancy.

Typical problems for men include reductions in the number, shape, or movement of sperm.
Women may not be releasing eggs regularly, or have problems with the fallopian tubes. There may be hormonal, immune, or other health problems such a thyroid disease.

In some cases, extensive testing reveals no cause for the infertility at all. This is a situation that can be very frustrating for couples.

How can Fertility be Improved?

When a woman is planning pregnancy, it is important that she is as healthy as possible. Women who are overweight should try to return their weight to the normal range. It is important that women who smoke cease, and consumption of alcohol and any other non-prescription drugs me absolutely minimized, but preferably ceased. Avoid too much tea, coffee, and caffeinated drinks. Ensure an adequate amount of exercise, for example a brisk walk for 30 minutes or more, most days.

It is important to visit your family doctor for a check-up, including blood pressure and making sure the Pap smear is in date and there are no obvious problems. Women should take at least 0.5 mg of folic acid daily, or a higher dose in certain medical conditions. Your doctor can advise you.

Men, too, should make sure they are as healthy as possible. Keeping weight in the normal range, taking exercise, and stopping smoking and reducing alcohol consumption are important too. If there are any concerns at all, arrange for your family doctor to check you.

When Should Help be Sought?

If there are other obvious problems, advice should be sought from a doctor early.

What Can be Done?

Women and couples may be referred to a specialist gynaecologist for care if there is a suspected fertility problem.

Your gynaecologist will take a full history. This will identify any potential problems with your general health, and also with your partner. A general check will be made that no problems are present that might either cause a delay in becoming pregnant, or be made worse if you do become pregnant. You will be examined, and this may include a vaginal examination, tests such as a Pap smear, and possibly an ultrasound.

It is very common to have blood and other tests performed. For the man, this will usually involve a semen analysis, and your gynaecologist will discuss this with you.

Women will often undergo blood test (to assess hormones, immunity, ovarian reserve, and whether eggs are being released). Ultrasound tests to examine the shape of the uterus and ovaries may be undertaken. The fallopian tubes might be assessed – this may be done either by x-ray, or by a procedure called laparoscopy. 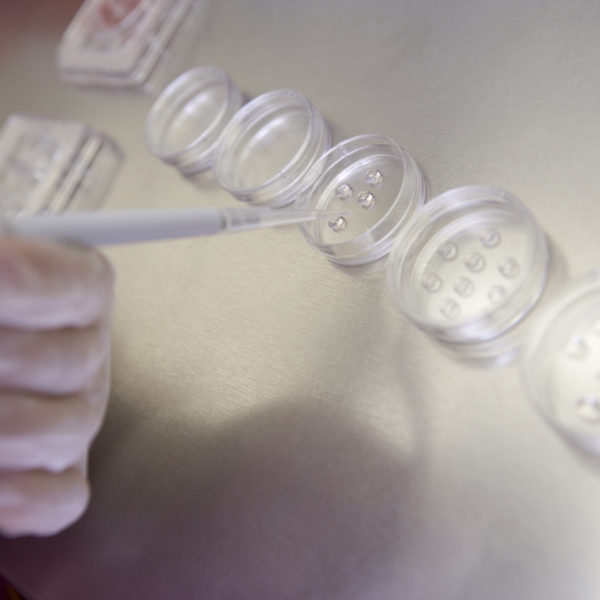